Outstanding music has always had a special and important

place in Trinity's history.  Every Sunday at 10.00am, we feature hymns ancient and modern, accompanied on the historic Hill, Norman & Beard organ.

Additionally, fine music has a special place during important seasons of the Church's year as well as special one-off worship events.  Featuring Lux et Veritas, Camerata 1685 and the cream of Australia's top professional singers and instrumentalists under the direction of Jangoo Chapkhana, a diverse range of sacred repertoire is presented.

For information about the Trinity organ visit www.oswa.org.au/WAOrgans/Perth/PerthTrinity.html

Described by Neville Cohn as "... a musical Midas, turning everything he touched into gold", Jangoo is widely regarded as one of Australia's most polished all-round performing artists.  With a distinguished international portfolio of work, his career has embraced performance, direction and composition  and he is a graduate of the Peter The Great Academy of Music (St Petersburg) where his conducting studies were completed.  Trained in the Russian technique, he is equally at ease in the music theatre genre and his conducting credits include Oliver!, Les Miserables, Company, Cats, The Mikado, The Sound of Music and Phantom of the Opera. He has, on many occasions, appeared with the WA Symphony Orchestra and the WA Philharmonic Orchestra.

Jangoo Chapkhana has been widely lauded for his powerful and compelling interpretations of the sacred repertoire and he has worked closely with the University of WA Choral Society, the WASO Chorus, and the Collegium Symphonic Chorus. 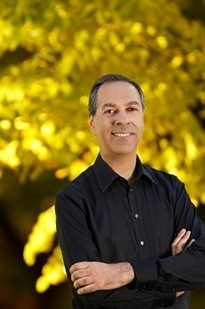 He is also active as a composer and his recent composition work has included writing original music for the plays Madame Ballet and Cat in the Box, as well as the Two Absurdist Songs (2013).

A part-time lecturer in harmonic analysis, music history, keyboard and jazz improvisation at the West Australian Academy of Performing Arts, he is also a noted jazz artist and choral specialist.  His jazz album "Anatomy of a Trio" was released in 2014.

As a solo organist, he has toured South Africa three times and played two concerts in Washington National Cathedral.  His recital credits include solo performances in major catherals in New York, Boston, San Fransisco, San Diego, Buenos Aires, Rome, Nice, Edinburgh, Dublin and Auckland.  In the UK, he has played Westminster Abbey, Tewkesbury Abbey and Truro Cathedral.  In 2015, he presented a recital tour of the UK which included solo performances at the University of Oxford, Bristol Cathedral and Chester Cathedral.

Jangoo Chapkhana has been Director of Music at Trinity Uniting Church since 2007.

The West Australian chorale, Lux et Veritas was instituted by Jangoo Chapkhana in 2013 and consists of long-standing music professionals and emerging artists on the threshold of the concert stage.  As the chorale's name suggests, the aim is to produce a refined choral sound, bathed in the truth and light of The Word. As such, the choristers seek to be servants of God in the Ministry of Beauty.

The chorale's 2013 performance of John Rutter's Requiem was described as "splendid and sensitively considered" by the West Australian's Neville Cohn.  Their repertoire highlights for 2014 included Faure's Requiem and Handel's Messiah. 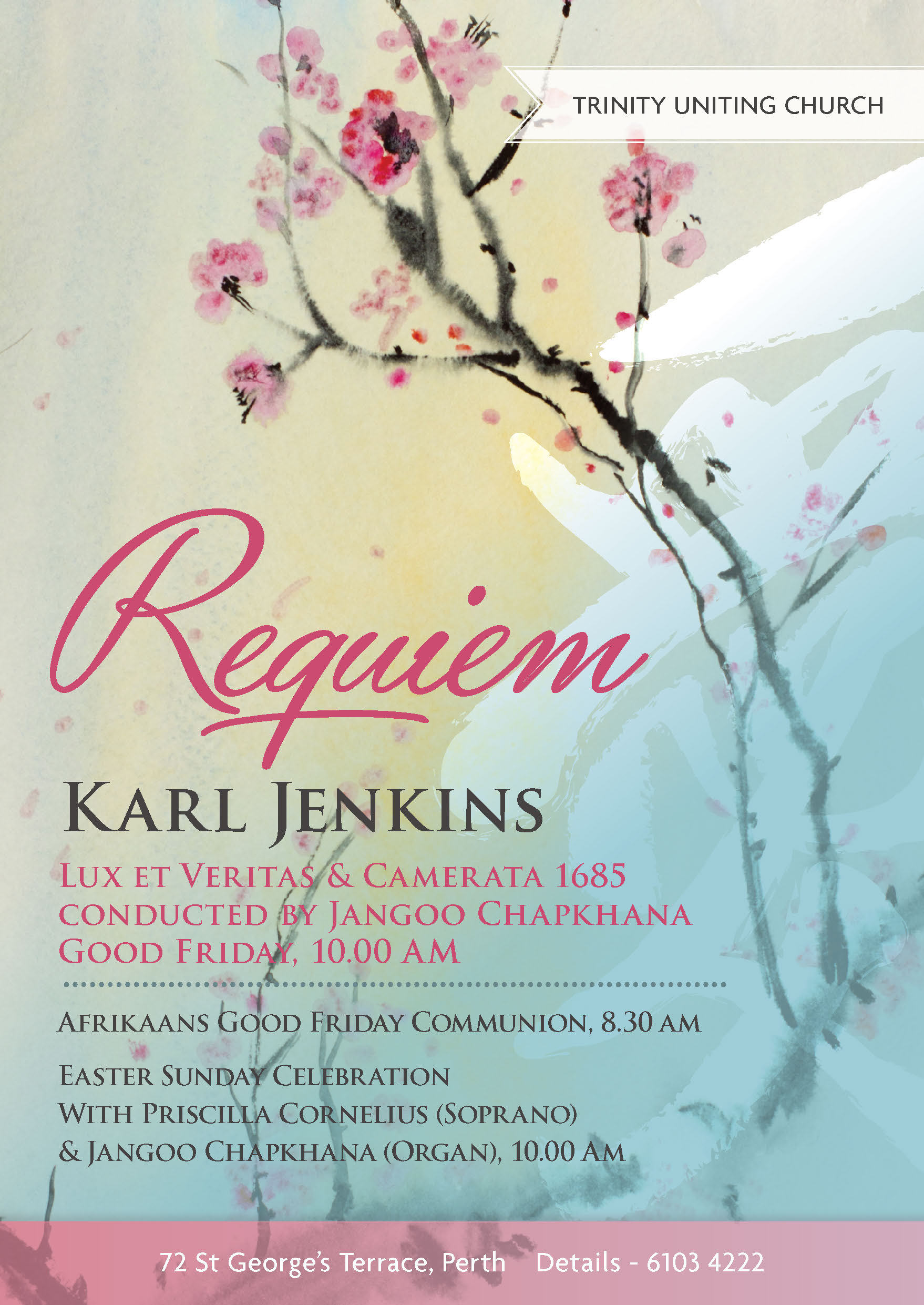 In 2015, Jangoo Chapkhana presented Karl Jenkins Requiem to critical acclaim.  Check out a video of the performance at https://youtu.be/XVEwtoD5uwQ

Trinity is also home to Camerata 1685, an elite chamber orchestra, created specifically for the performance of fine music at Perth's Trinity Uniting Church. The make-up and disposition of the ensemble varies slightly from performance to performance, depending on the particular works programmed.  Camerata 1685 comprises some of Western Australia's most highly regarded and experienced music professionals.  The date ascribed to the ensemble's name bears homage to the historic year in which Bach and Handel were born.

Come and join us every Sunday at 10am for beautiful worship and terrific music. Thoughout the year special services are held featuring some of WA's top performers. For more information click here.